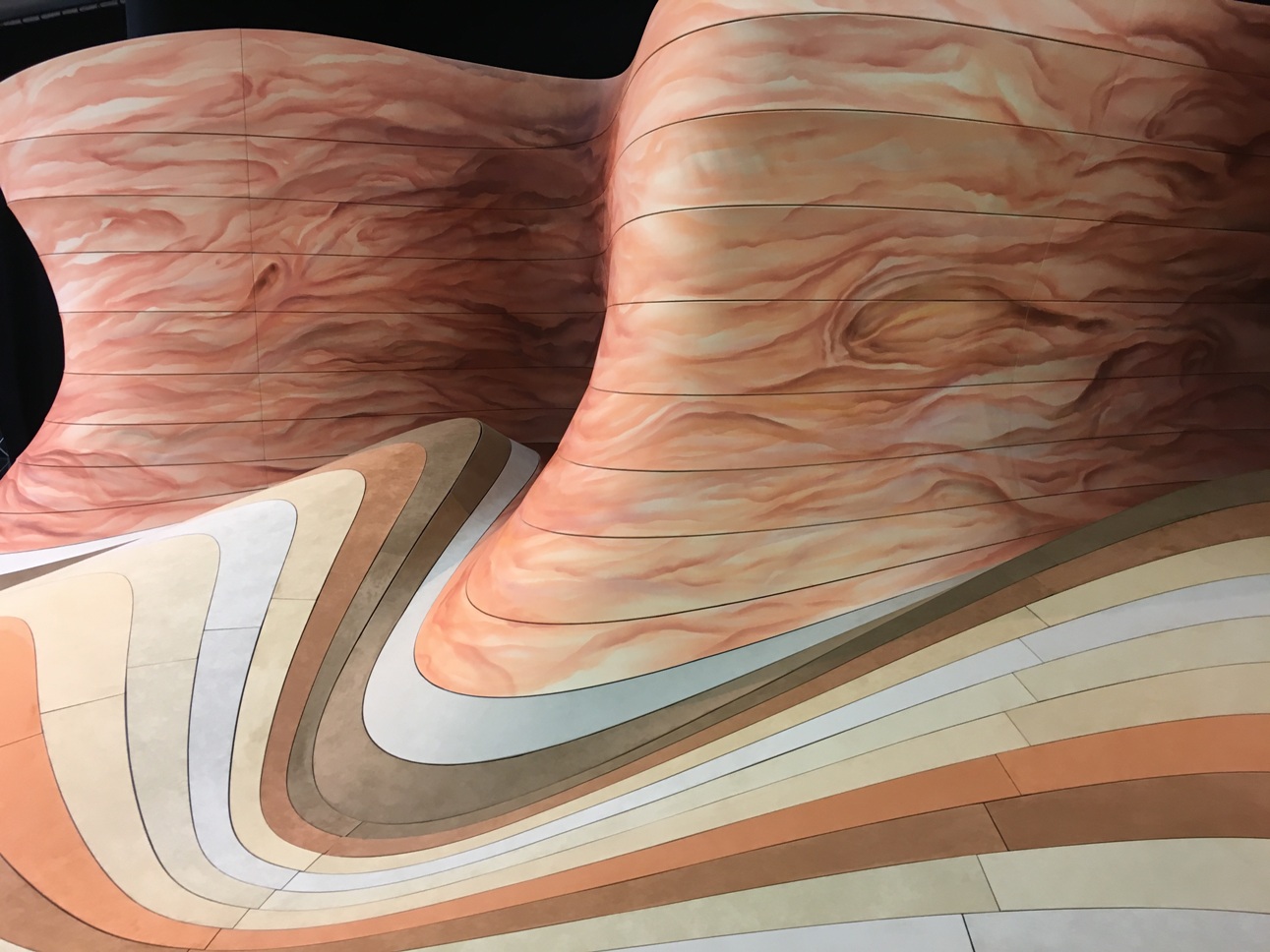 For the second year in a row Alcantara celebrates Art and Design at imm Cologne (16th 22nd January 2017), by introducing a special project in partnership with the worldwide recognized British designer Ross Lovegrove. In collaboration with DAMN° Magazine, “In-formation” welcomes an international audience to the fair.

“Alcantara has a rich saturated depth of colour” says Ross Lovegrove. “For me it’s not a superficial material but one that feels solid and with mass. So my reaction has been to display it horizontally as if one was encountering a rock formation at Petra or the Grand Canyon with its layered strata in beautiful natural colours. My installation, of course, is a conceptual abstraction of this phenomenon creating also a sensual acoustically soft environment that defines space. The seating is derived from this layering too which has been defined by working closely with computational method with Arturo Tedeschi, considered the leader in Grasshopper modelling and with whom I collaborate on such advanced projects.”

This large scale installation (about 3meters H x 20meters L), made using Alcantara® fabric stripes, has been also a proving ground for advance computational design techniques such as surface-developability. 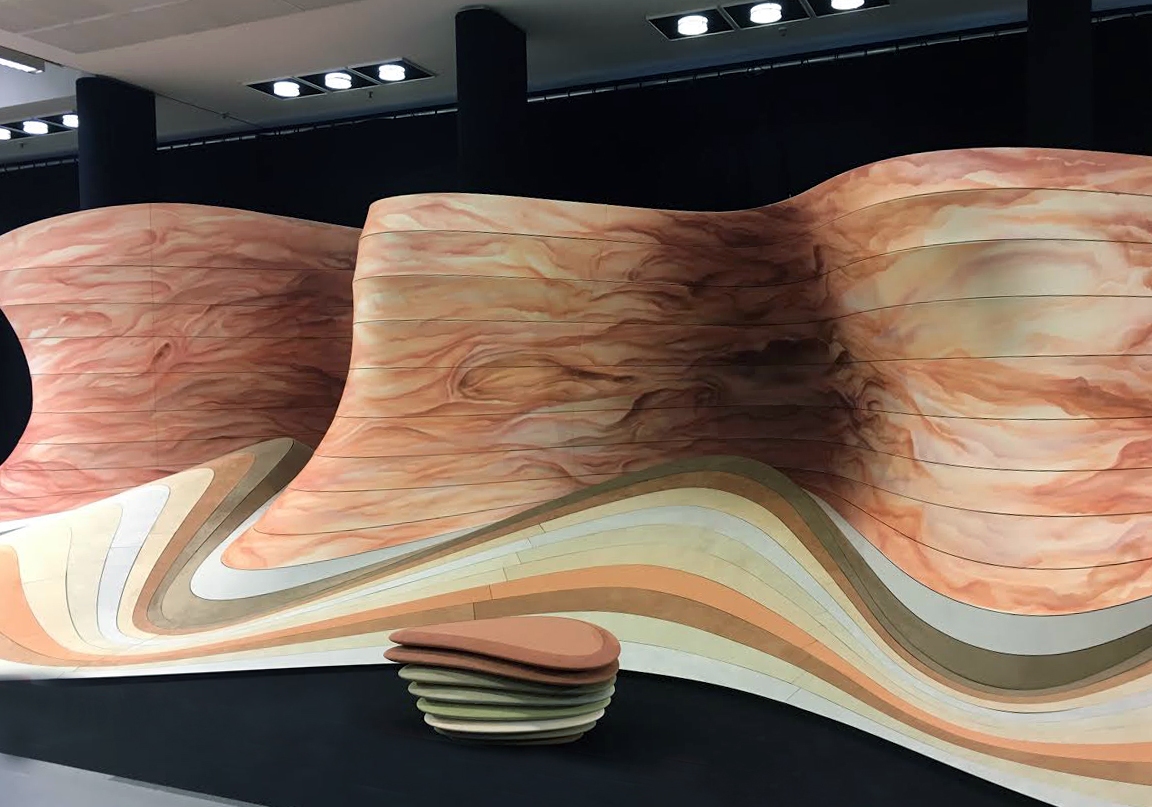 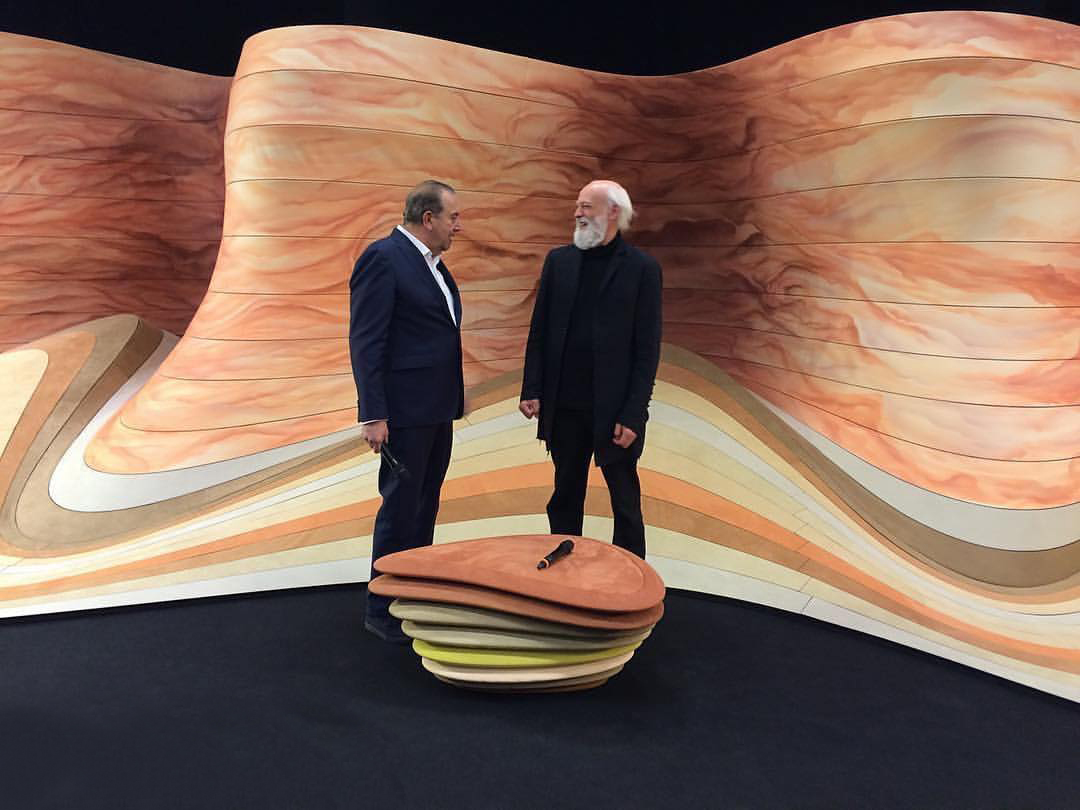 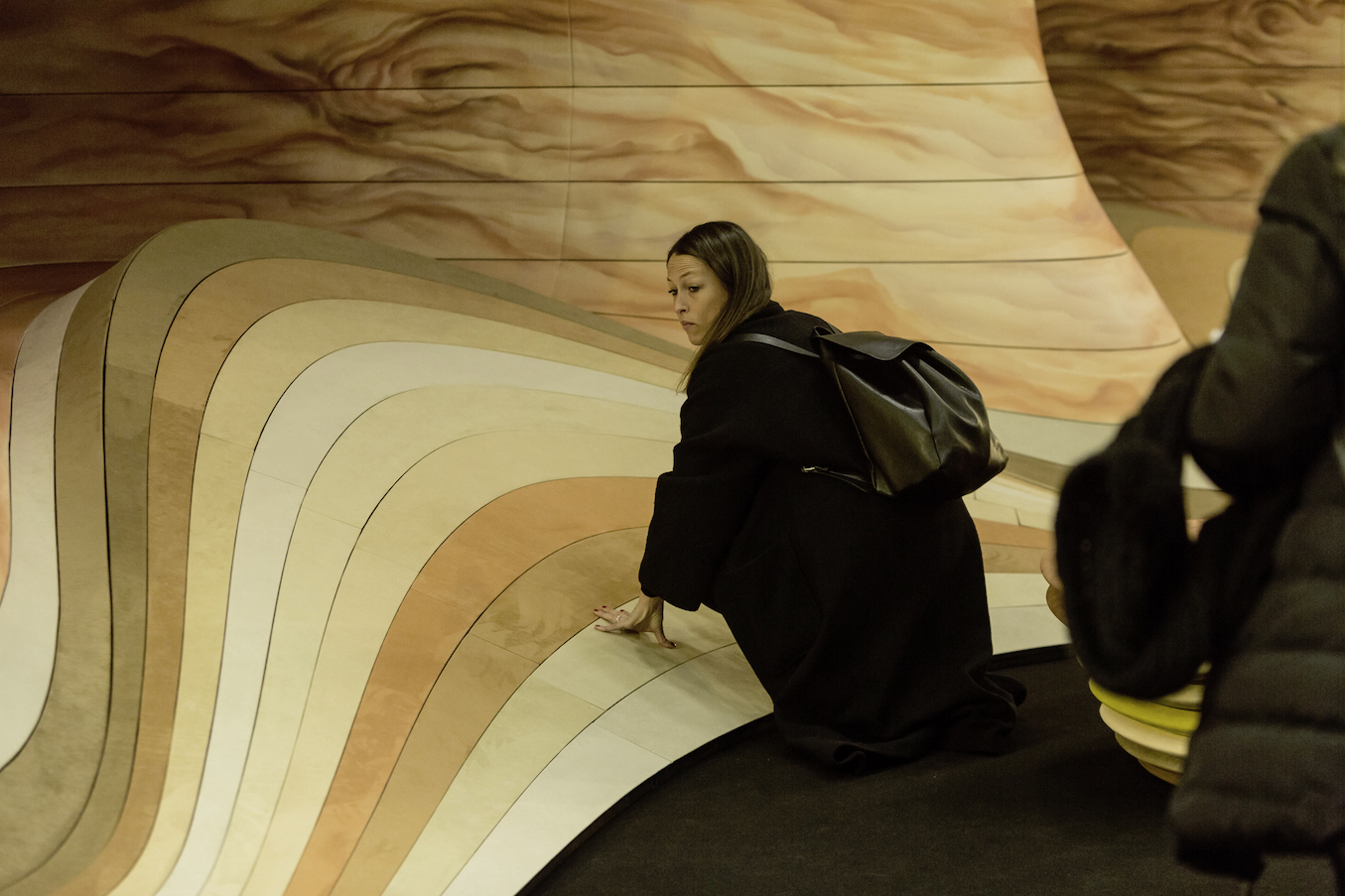 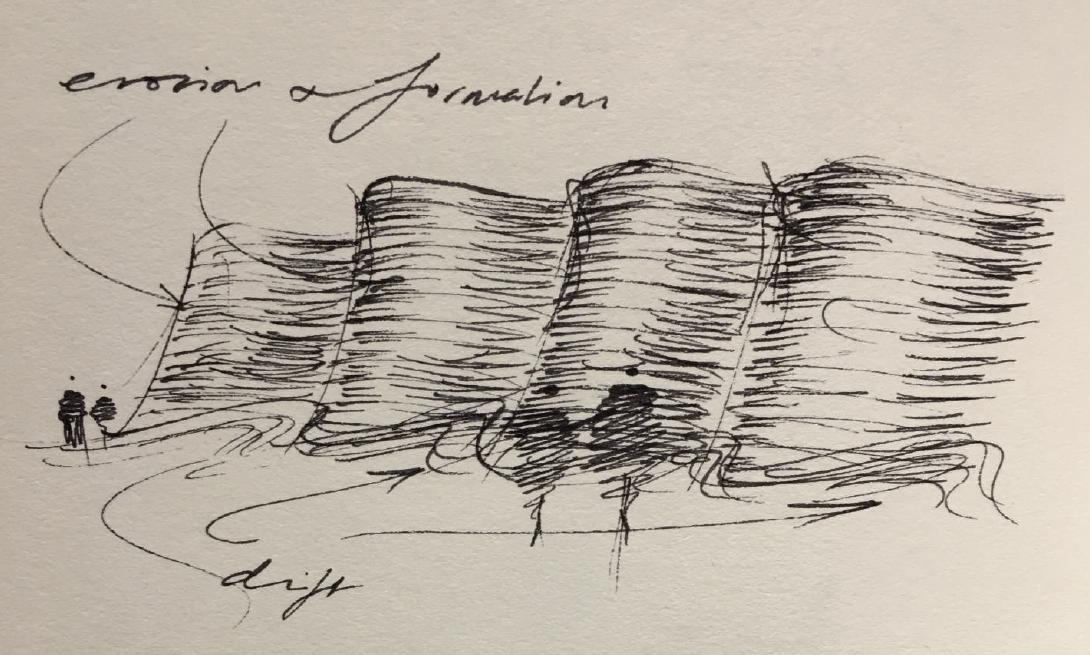 Stripes with no twist-angle rulings and zero Gaussian curvature 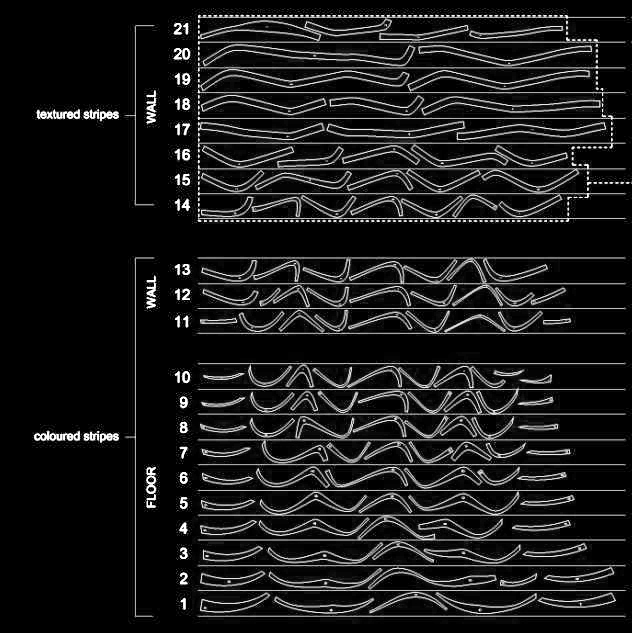 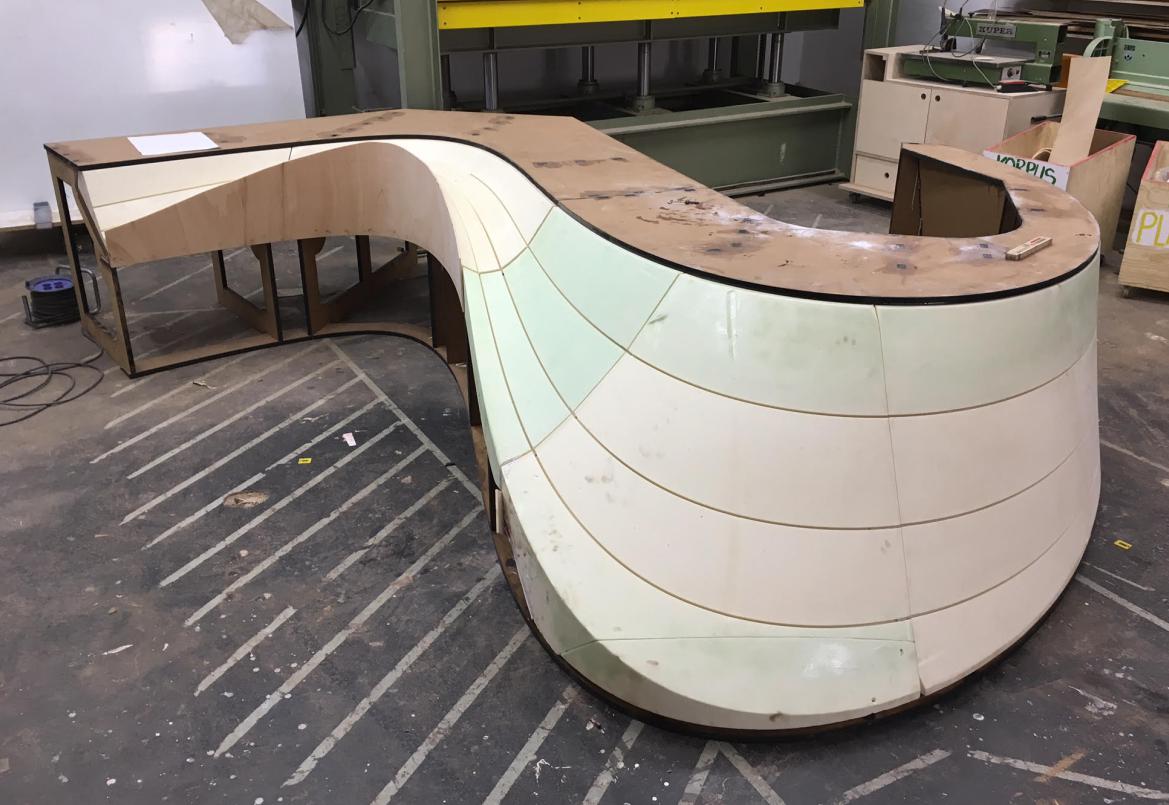 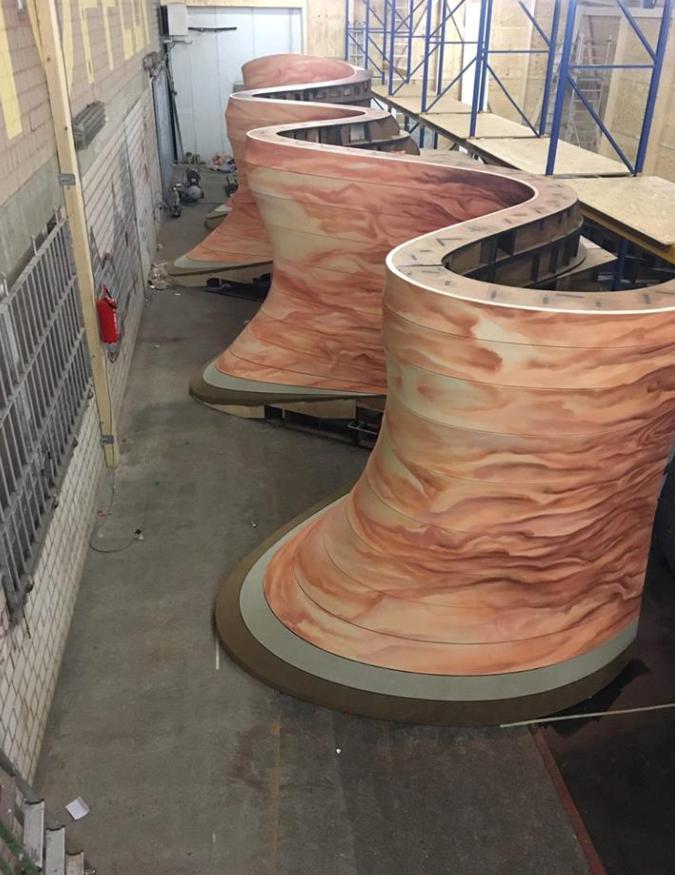 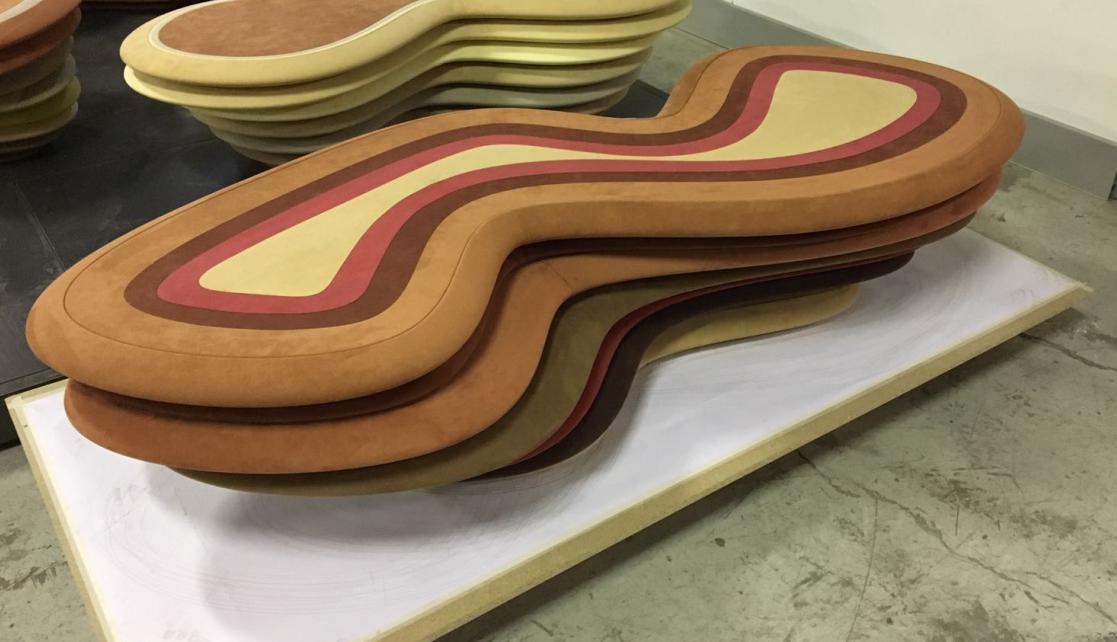