The the unique cultural and historical environment of the Louvre hosted the 3D Printshow in Paris. Our NU:S Parametric Shoes were exhibited at this extraordinary event.

By creating a software-based 3D geometric structure, designers can generate certain forms (in this case, the form of a high heeled shoe) by exploring the range of possibilities that the initial structure’s parameters will allow. 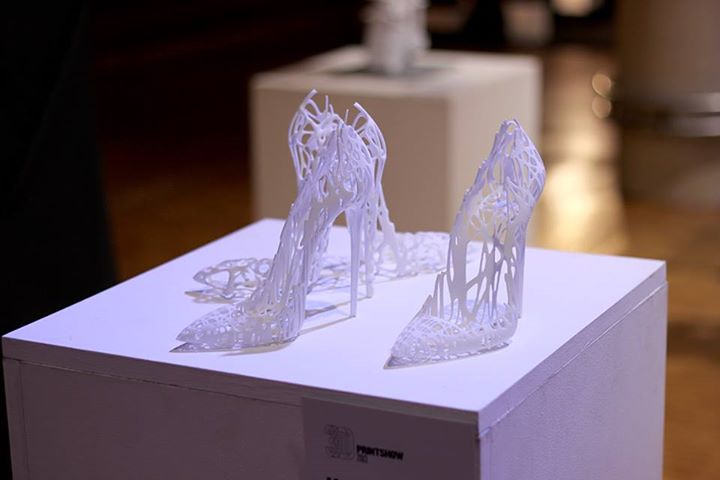 The particular aesthetic of parametric structures (predominantly found in architectural design) has been expressed in this project through the creation of a “wearable object”. The shoes, which have been created through the process of selective laser sintering, allow for the coexistence of art and technology within the creation of a single recognisable item.

Realising the direct transition from concept to object via 3D priting not only liberates the design process, but significantly cuts the production time, allowing a creative vision to become physical very quickly. The complexity of the networks and patterns employed in its design couldn’t have beendescribed by traditional drawings or produced by traditional methods.

Like many of the 3D printed pieces being exhibited at 3D Printshow London, this collection of computationally designed shoes are the result of a highly interdisciplinary collaboration. The NU:S Parametric Shoes were designed within the NU:S project by Double Studio, under the supervision of creative director Antonella Buono.